While I was working at a coal mine a few years back, we’d often have trouble diagnosing faulty sensors and solenoids on earthmoving machines.  One day our electrical engineer was testing a solenoid off the jump-start terminals of a dump truck and said “it would be good if we had a power supply to test these”.

Well, that sounded like a challenge!! Off to the internet to see what we could find.

As it happens,  we didn’t have much luck, unless we wanted to pay for a lab-grade power supply in the vicinity of $800.  All we wanted was 24V DC at 12A (which is a far bit of current) for some of our low resistance solenoids.

When we stumbled across low-cost regulated power supplies on eBay, we figured we were onto something.  Our Electrical Engineer, Pete, figured we could make one of these guys do the job.  And since they were so cheap ($40 landed in Australia from China) we’d make a bench top unit that could deliver both 12V and 24V.

So I got Pete on the job to design the circuit. Here is the circuit diagram we finally settled on after a couple of attempts.  The idea was to have two supplies in the one case, where only one could ever be live on the output terminals of the case.  So with some relays switching one unit in and the other out, we were able to isolate the two supplies and prevent both power supplies from ever being connected at the same time.

So off to the supplier I trundled.  I have attached a Bill of Materials here for the unit we built.  But before I started wiring I figured I better check whether all the parts would fit in the case before I started drilling holes in it.  I used Google Sketchup (now owned by Trimble, but still free) to roughly model the case and major components.  This took me a couple of hours, and I’m only moderately proficient with Sketchup.  Here is a link to the model itself, and an image of the model: 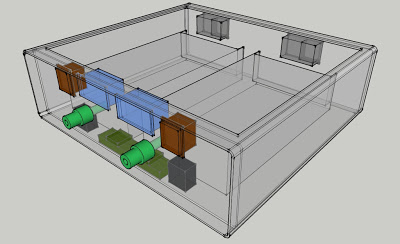 But onto the fun stuff. 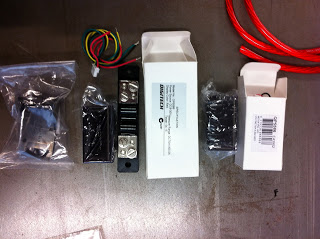 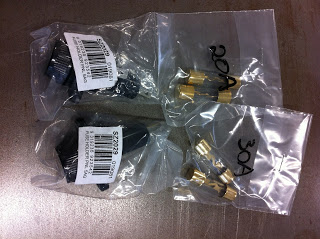 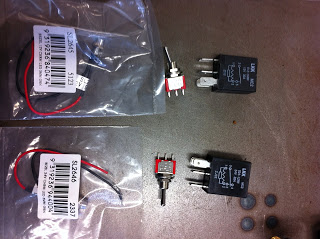 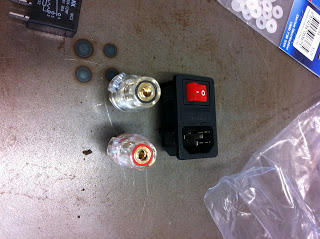 Left to Right: Output terminals, and the 240V input socket with a built-in 10A fuse. 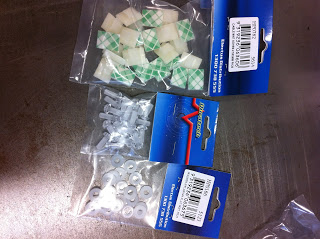 Bags of M4 screws and washers to suit the threaded holes in the power supply. Also a bag of cable clips which I didn’t end up using. 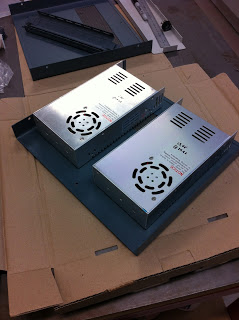 The bottom plate of the case showing the two power supplies located in the final position. 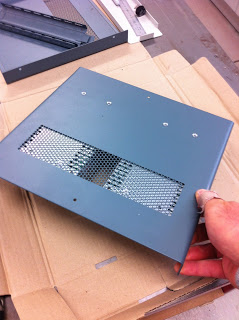 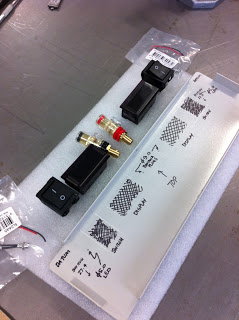 This is the front face plate marked out with the component cut-outs. 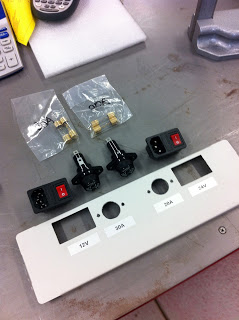 And the back face plate marked out, cut and filed to suit the parts.  I also used my Dymo label-printer to label the input sockets and the fuse ratings.

Now, to the completed project. 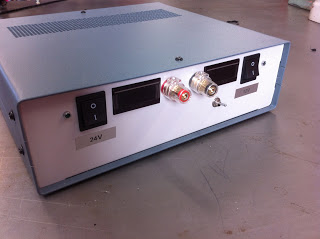 From the front and from the left side, the 24V on/off switch, the voltmeter display, centre is the output terminals, then the ammeter (and its battery switch) and then the 12V on/off switch 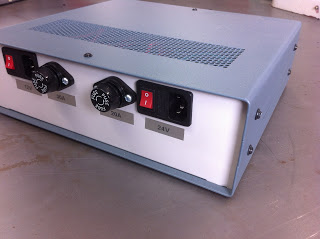 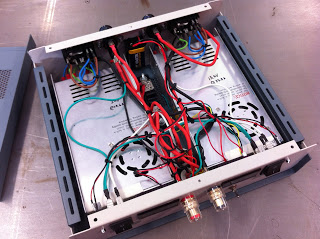 Spagetti central inside, but as neat as I could make it.  If I did it again, I could optimise some of the cable runs and make it a little tidier, but I’m happy with this prototype build. 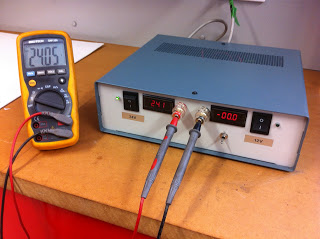 And it actually works!! With the 24V side powered up and my multimeter across the output terminals, the voltmeters on both the supply and multimeter are reading close enough for me!  Ammeter obviously zero as there is no load across the terminals.

Hope someone else can use these plans, let me know in the comments if you have any questions.

Building your own motorcycle chassis jig

How to build an air tool rack

How to build a killer (lathe) bench