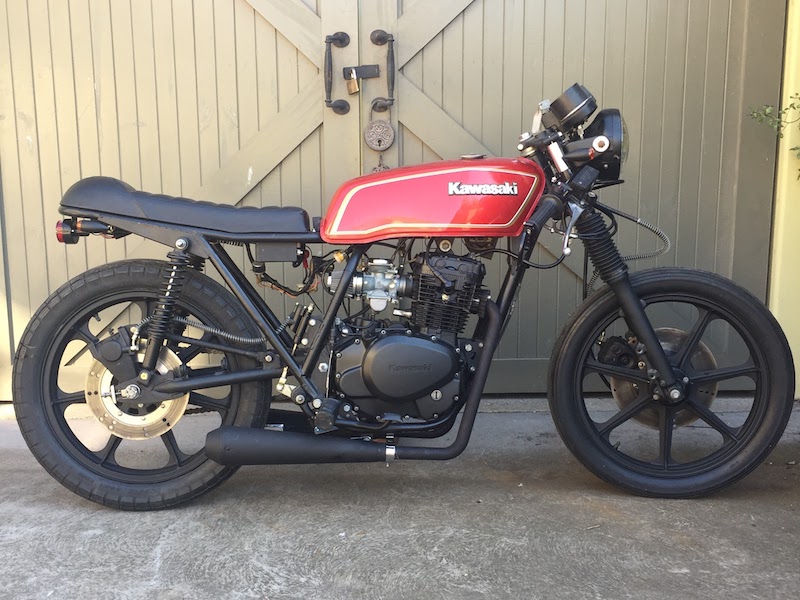 What!!! I built this super budget bike a few years back and took no progress photos. It was so far back it was almost before the internet. Well, maybe not that far back, but close.

This bike was gifted to me at no charge. It was destined for scrap. It was bone stock, with completely rusted out mufflers (which did go to scrap). Apart from a couple of dents in the tank it was in reasonable condition, with a grand total of 4864 km on the odometer.

This bike sat in my shop "as-is" for many years, generally getting in the way of other projects and collecting dust. Since it was in decent condition, and was free, I was loathe to offload it.

At some point I figured I should make it run and flip it, since, at 6'2" and in the 100kg weight range, an athsmatic 1980s 250cc bike was never going to be my first choice in rapid commuting or canyon carving

I got cracking as all first-time builders do, and stripped the bike to pieces then trashed all the parts I figured were surplus, like fenders and the airbox. Stupid move, don't do this, kids.

There were a couple of memorable tasks, the first being corroded intake screws which snapped off in the head. Then I snapped a screw extractor in the broken screw. I eventually used a carbide burr to grind them out, and used a threaded insert in the head.

At some point, a friend of a friend connected me to a potential buyer. I offered to finish the bike to their specifications. Long story short, this particular person turned out to be the client from hell, so I refunded their deposit and continued work to my own specifications.

Eventually the bike made it to this stage, and it went to a new home to finish it off.

This bike is pretty much eBay parts, with a custom hoop and exhaust headers I fabbed. The seat is by Aaron at Wierd-O-Pholstery. The blackout job on the remainder of the bike was done by me in my shop. Paint on the engine was covered in the video below. 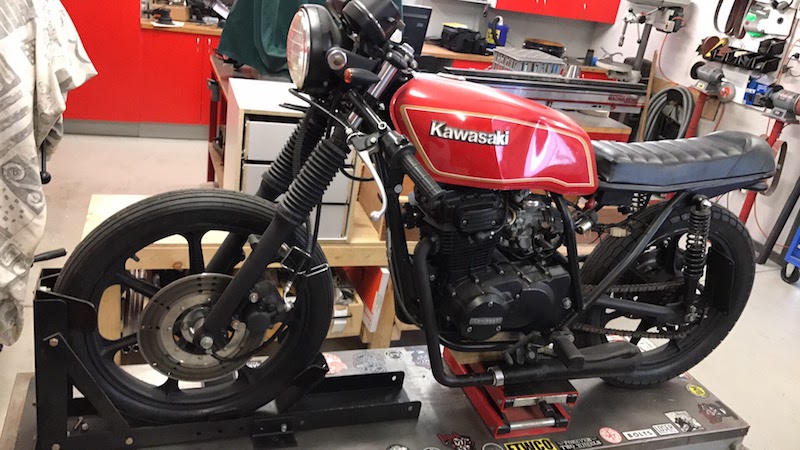 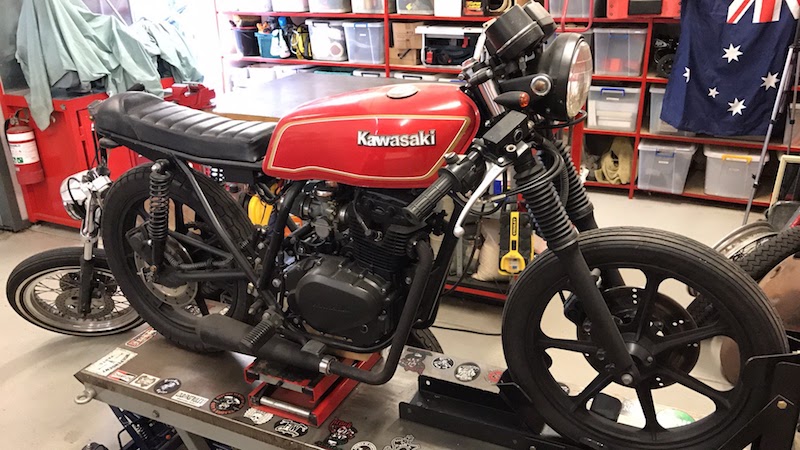 Customising your own bike?

Sign up to receive training emails and other builder resources:

Please log in again. The login page will open in a new tab. After logging in you can close it and return to this page.